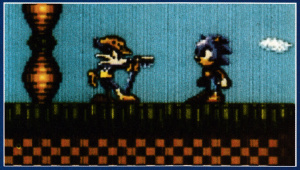 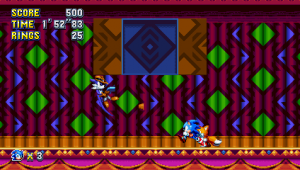 Fang appears in the Archie Sonic comics with the name Nack the Weasel. He has a sister named Nic, and is a member of Team Hooligan alongside Bean and Bark.

In the UK Sonic the Comic series, Nack initially appears as a member of the Chaotix Crew, but shortly betrays them for profit. He often uses a special device to shrink and grow himself and other objects, which he has used for heists and for him and Grimer to reach Shanazar in order to find Robotnik.

Fang appears in the IDW series as a bounty hunter who took a job from Dr. Eggman to steal the seven Chaos Emeralds after Eggman was kicked out of his own fortress in Winter Caverns Zone by Heavy King. Fang is joined by Bean and Bark who ride in side cars on the Marvelous Queen. In the end Fang's team and Eggman had to work with Sonic and his friends to take the emeralds back from Heavy King before he could use them to take over the world.[14]