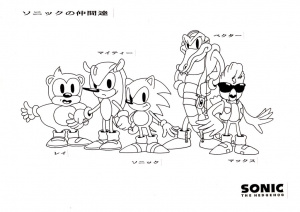 Mighty was added to Minecraft as an official player skin, as part of the Sonic the Hedgehog collaboration on June 22nd, 2021[3].