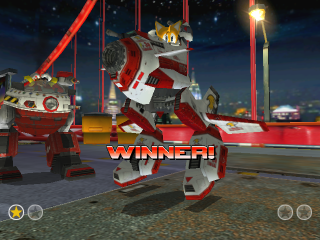 The Sonic Adventure 2 Christmas Theme is a VMU download for Sonic Adventure 2 which was available on the US version of the game's official website starting on November 30, 2001 but that works on the PAL versions just as well. By enabling the Christmas theme, the main characters of the game receive Christmas costumes during 2P gameplay, while the unlockable characters aren't accessible while it's active. The theme takes up 2 blocks in the VMU.