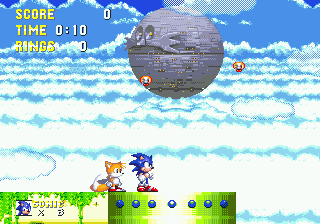 The Death Egg appears in the background of Sky Sanctuary. 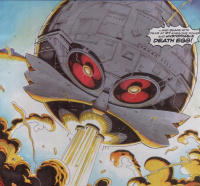