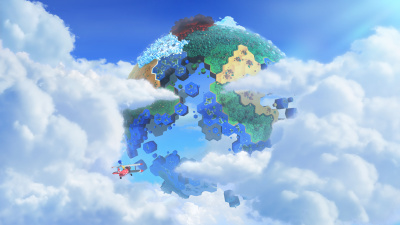 The Lost Hex is a mysterious, unexplored floating continent in the sky that serves as the setting for Sonic Lost World, and houses a variety of different areas. Very little is known about the Lost Hex other than the terrain being shaped and assembled together like hexagons. It is also home to the Deadly Six, a group of creatures known as the Zeti, and various animals and Wisps.

In the Archie comics, the Lost Hex served as a setting for Worlds Unite. Dr. Eggman had taken over the continent and enslaved the Deadly Six to find a different approach to the Shattered World Crisis, only to be forced into serving Sigma, a robot from another dimension and antagonist of the Mega Man X series, alongside fellow prisoner Dr. Wily. Eventually, the Lost Hex turns into the battleground between Sigma and the Unified Army, with Sigma having emerged in more evolved forms. These events would be erased from history by Xander Payne, though Eggman planned to return to the Lost Hex in the future to enslave the Deadly Six again.