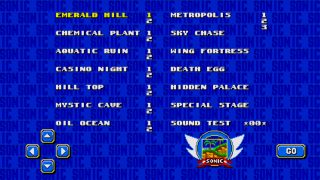 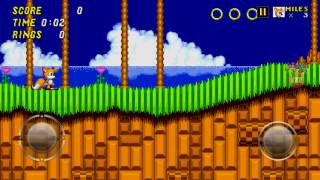 Start a new game, and on the Sega screen, tap the letters A-G-E-S in order once the entire logo appears. Alternatively, if using a controller, press

on the title screen. A Ring sound will confirm correct entry. This can be done on both a saved game and a "No Save" game. 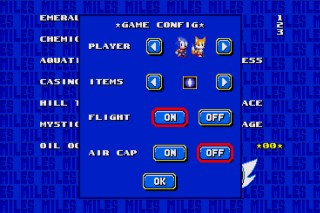 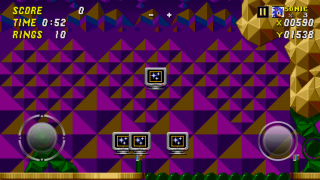 on a physical controller, or L or 3 on a keyboard and a random character will join the game. The second player will always hang out at the starting point of a level, though, and will never move. This seems to no longer work by the Sega Forever update. 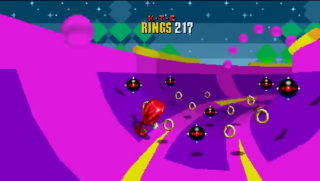 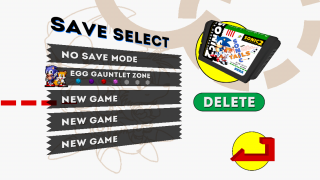 As of Version 3.0.9 the Zone was completely removed from the game. It was later brought back in the code when Sega Forever started maintaining the game.