Ghosts known as Hyudoro inhabit the pyramid in which Act 2 of Sandopolis Zone takes place. They are initially trapped in a capsule, but unwittingly freed by Sonic or Tails. They hover around the top of the screen, becoming more menacing if the stage is allowed to become darker. Some time after the level becomes completely dark, they begin to charge the player and can inflict damage. Although they can be beaten with any attack, they will reappear shortly afterward. Knuckles has to deal with these belligerent spirits from the beginning of the act. Chaos, described by Dr. Eggman as "the God of Destruction" is the water-based guardian of the Chao who was imprisoned in the Master Emerald after destroying the Knuckles Tribe 4,000 years ago. He is later freed when Dr. Eggman shatters the Master Emerald, intending to use Chaos to take over Station Square. Chaos is seemingly immortal and becomes stronger by consuming Chaos Emeralds. His final form, Perfect Chaos, can summon tidal waves, twisters, and is only reigned in by the efforts of Super Sonic. Additionally, according to the codex of Sonic Chronicles: The Dark Brotherhood, Perfect Chaos caused an energy backlash that propelled Angel Island into the sky, where it has mostly remained since. 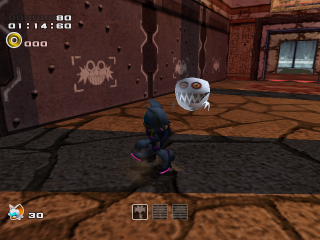 The ancient genie Shugo-hei protects the treasure of Babylon Garden in the Babylon Guardian course. Groaning ghouls drag your racer towards the abyss in Digital Dimension. However, given the virtual reality-like nature of these courses, the supernatural entities inhabiting these tracks may be nothing but artificial projections. 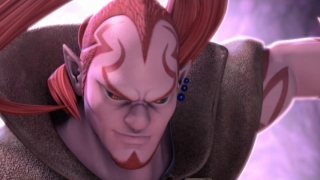 Many of the enemies populating Haunted Ship have phantasmal qualities; One even disappears and reappears from time to time. However, the nuts and bolts that burst forth whenever the player defeats them suggests that they are, in fact, robots built by Doctor Eggman or Eggman Nega. 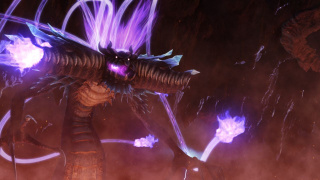