Sonic Adventure AutoDemo is a Sega Dreamcast disc demonstrating the then-upcoming Sonic Adventure. It was released in small quantities, presumably for Japanese retailers and events to help promote the game - it was never released commercially, nor was it seen outside of Japan.

The AutoDemo cycles through various in-game cutscenes (exclusively in the Japanese voice track) on a loop. It is not playable, but much like the final version of the game the cutscenes are rendered in real time by the Dreamcast hardware. The disc has an internal build date of October 16, 1998, putting it roughly 55 days after Sonic Adventure's unveiling at the Tokyo International Forum (in August 22, 1998) and roughly 49 days before the build date of the game's first release in Japan (December 10, 1998). The disc was dumped and released to the general public on May 21, 2013.

With the aid of hacking, it is possible to break the cycle of cutscenes in the AutoDemo and access a fully-fledged prototype version of Sonic Adventure. Though much of the game is complete, with certain stages (Windy Valley) missing in the build despite the date, there are a multitude of differences to the final version as well as left-over content from previous builds.

For whatever reason, the AutoDemo appears to de-synchronize on emulators. If one was to burn the image to a standard CD-R, only Sonic's demo would have synchronization issues. 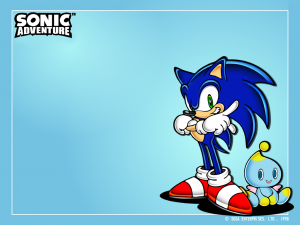