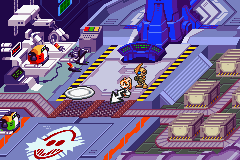 A Mother Computer is a term used in various Sonic games to refer to supercomputers. Frequently, the techno-smashy hero characters will be required to hack into one (or simply blow it up) in an effort to bring down Eggman's robotic armies. Games which have featured mother computers include: