Back to: Sonic Heroes.

The following are a list of advertisements used during the promotion of the multiplatform game Sonic Heroes. 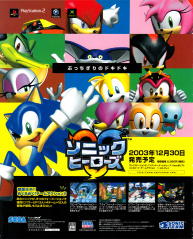 It's Time For Some New Heroes

A clean version without game screenshots.

A Tough Team For A Tough Job

A PlayStation 2-specific advertisement for Sonic's first game on the system. The add gives the members of Team Sonic one-off nicknames, Sonic, Tails and Knuckles being called "The guv'nor," "The Chopper" and "The Enforcer" respectively. 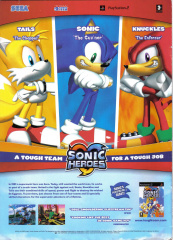 Similar to the above advertisement, but with a five dollar coupon if you purchase the game at the retailer Sears.

An advertisement for Sonic Heroes with a trade-in tie-in offer through the game retailer EB Games. 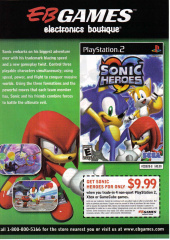 An advertisement for a playable demo of Sonic Heroes if you put down a deposit at U.K. game retailer Game. 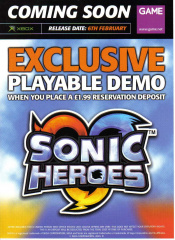 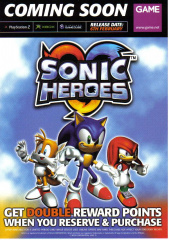 A flyer distributed to attendees of the Tokyo Game Show 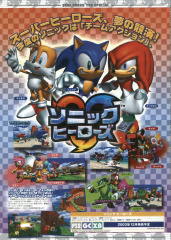 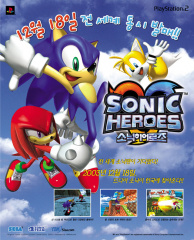 A congratulations to Sonic Team from Renderware on another great game. 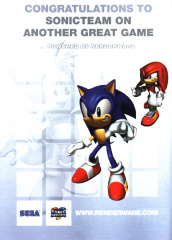