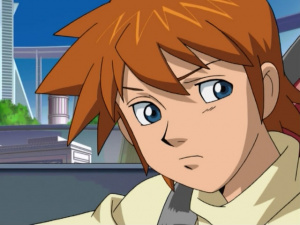 Christopher "Chris" Thorndyke is a character and one of Sonic the Hedgehog's best friends in the hit anime Sonic X. Christopher's mother, Lindsey Fair, is an actress, and his father, Nelson, is a CEO of a computer company. After saving Sonic the Hedgehog from drowning in a swimming pool, he becomes friends with Sonic. Christopher joins in Sonic's adventures to retrieve the Chaos Emeralds. This involves going against Dr. Eggman's plans to rule the universe.