(Redirected from Game Secrets:Sonic the Hedgehog 3) 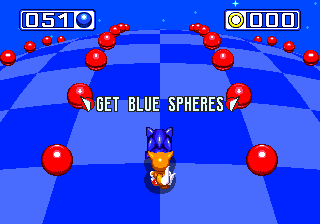 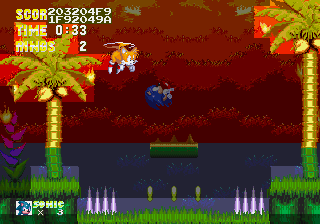 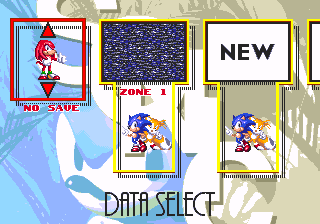 Patch code FFFA81:0001[4] will make some of the bosses use behaviours normally reserved for Knuckles: Fire Breath will shoot bombs, the Screw Mobile will not fly down towards the water when creating a twister, and a spiked pillar will appear when fighting the Tunnelbot. After defeating the Beam Rocket, the game will attempt to play Knuckles' bomb cutscene in a broken form: the bomb will be in a corrupted state, and nothing else happens after the cutscene finishes.

Patch code FFB038:0200[5] adds Knuckles' ability to break through certain barriers to access his exclusive routes, but will disable the Insta-Shield as Knuckles does not have the move. This doesn't work in IceCap Zone and will result in map boundary glitches. Launch Base Zone Act 1 has five spots that raise or lower the water level, suggesting that it may have had water in it like Act 2.[7] To re-enable the water, use patch code FFF730:0100 and change the VDP 0x04 to 0x14. The water levels can be found in the ROM at address 0x5350:

The title card object has definitions for Competition mode levels that are fully programmed, but hidden behind a flag which is disabled.[8] The following codes can be used to re-enable the title cards: 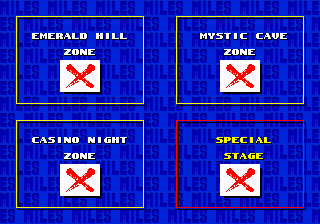