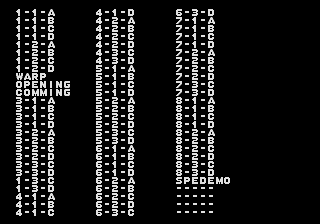 R2 is a reference to a deleted level from Sonic the Hedgehog CD. Proving its existence is possible by examining the game files on a PC. When examining the level files, the levels skip from R1 (Round 1) to R3 (Round 3), with no R2 to be found. Its existence is also proven by using the level select menu, where when switching between levels, it skips from level 1 to level 3, again leaving out level 2. In an interview with Jim Tretheway, it was stated that the level was likely cut as it didn't meet quality standards.[1]

The default song in D.A. Garden mode, "Little Planet", is a leftover from this level.[2] 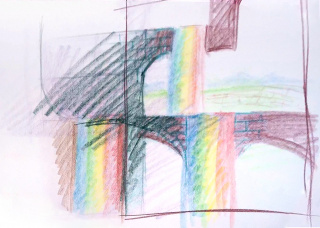 The above concept art shows what was intended to be the missing R2 level. The concept art was released in the Sonic CD developer's diary video, uploaded by SegaEurope onto YouTube on November 29, 2011.[3] The Taxman, developer of the 2011 re-release, claimed this concept art was for R2.[4] The uncut extended ending video, which was released later, also shows what R2 was intended to look like. The video shows a ruins area with a enemy bursting out of the ground. The sequence takes place after the first level is shown, serving as further evidence that the level was R2.

Three normal enemies and one boss are known to belong to the R2 level, according to The Taxman. This includes the Antlion from the uncut ending video, the Worm/Snake, and the Drill Armed enemy. Concept art for the boss has not been shared, but some sprites have been found. See the sub-section below.

Sprites shared by The Taxman.[5] Note the boss with a giant wheel on the bottom and a spring on the back, although the sprite itself appears unfinished. Also, when R2 was scrapped, the Antlion was considered for R8 (Metallic Madness) before being scrapped as well. Signs of this can be found in prototypes, which recreate the enemy's sand traps with sloped pits, spikes and trap doors. These are still present in the final layouts, but the trap doors were removed. The R8 version of the sprite was slightly redrawn, with the highlight on it being smaller. 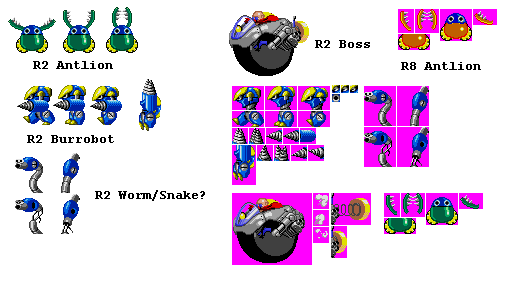