(Redirected from Sonic the Hedgehog 2006)

The game shares its name with two earlier video games, a manga, a television series, a comic book series and, of course, the character of Sonic the Hedgehog himself. To disambiguate, the game is frequently referred to as Sonic the Hedgehog 2006, Sonic 2006 or Sonic '06, Sonic 360 (despite not being exclusive to the Xbox 360) and Sonic Next-Gen were also common names when the game debuted, but have since fallen out of use. 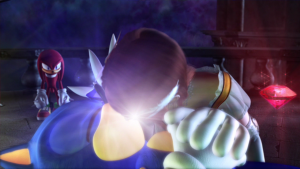