Back to: Shadow the Hedgehog (game). 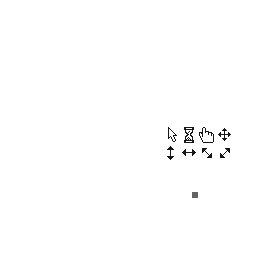 Within the game, these Gindows leftovers can be found in png format. Many games can use Gindows as a possible debugger, since it's as if the user had a miniature version of Windows that they can activate anytime from within the game. It bears an uncanny resemblance to the debugger found within the REZ prototype, which also calls its debugger "Gindows" (see Image:TextureViewer.jpg).

Some leftover voice clips in the game data feature Jun'ichi Kanemaru as Sonic even in the English language voice archive. The nature of the clips' content and their position in the voice file archive suggest that they may have been intended to be used for Sonic in 2P versus mode, something that didn't make it into the final game.

Several unused test levels were found in the Nintendo GameCube version by DaGuAr and posted on the forums.[1]