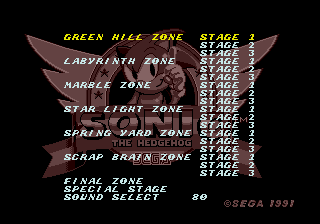 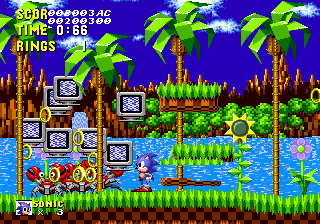 will return to the title screen with the feature still activated. Holding

during paused gameplay will activate slow-motion, and pressing

will display the next frame (it can be pressed more times to show other frames).

Note that in the case of running the Japanese game on a Japanese system, these "pause options" will require an other code which is

(it can be used in addition to "Debug Mode" and "Level Select" like other versions). With a cheat code, however, the game will hide the Sonic Team Presents text and change the background color to white, showing the hidden credits. With the region set to Japan, press

for the Japanese version, or

on the International release; you should hear a sound confirming this. Then, when the demo starts, hold 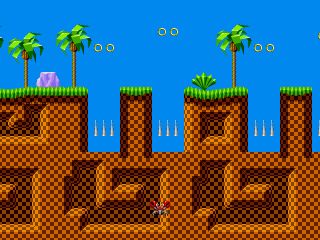 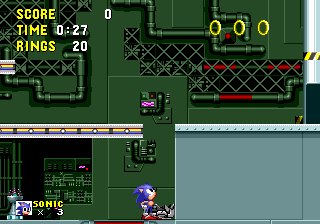 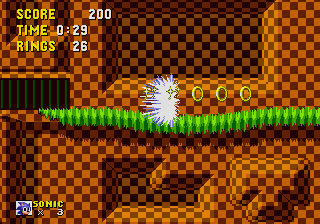