on the title screen. Mushroom Valley and Sandopolis do not lead anywhere. Pressing 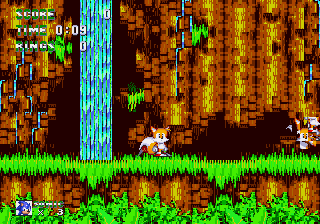 Normally, the player controls Sonic with Tails following, but it is possible to play as different characters by pressing different button combinations at the title screen: 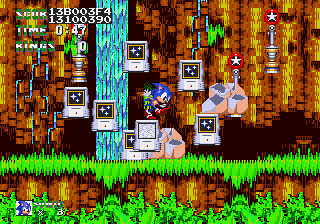 on the title screen, then highlight a Zone and press 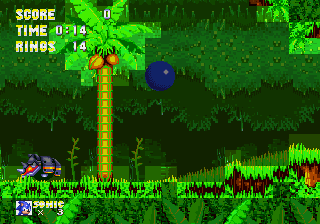 Enable the edit mode code above and hold

when selecting a level.

Play sounds 02, 04, 05, 06 in the sound test. A Chaos Emerald sound will confirm correct entry. However, transformation into Super Sonic is not possible. 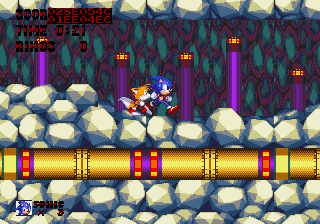 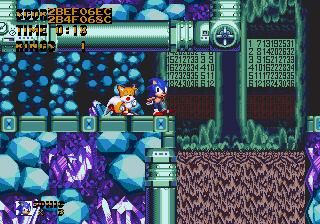 While Lava Reef Zone has been culled like most of the Zones from Sonic & Knuckles, leftover data from an earlier build of Sonic 3 exists at the end of the ROM, containing data for Lava Reef. Act 1 has full layout data, palettes, and graphics intact, though Act 2 only has layout data and palettes. Multiple maps for Act 1 are also contained within the prototype, with 6 full maps at offsets 0x1EC4CE, 0x1ED2F6, 0x1EE11E, 0x1EEF46, 0x1EFD6E and 0x1F0B96, and 2 fragmented maps at offsets 0x1EAF4A and 0x1F3EC4.[4]

Through hacking, it is possible to restore the Zone and explore what the Zone could have looked like before the split. The screenshots shown here are from hacked versions of the prototype that attempt to restore the Zone using the leftover data combined with data imported from the Sonic 3C 0408 prototype. 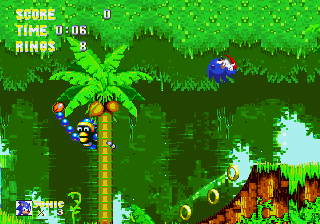 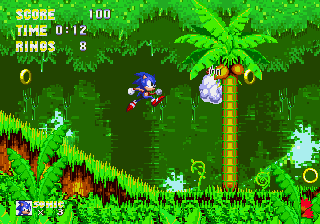 Two unused moves for Sonic exist in the code and can be enabled using Game Genie/PAR codes[5]:

Unfinished versions of cutscenes seen in the final game can be enabled using PAR codes, found by Fred Bronze: 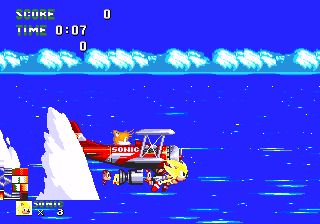 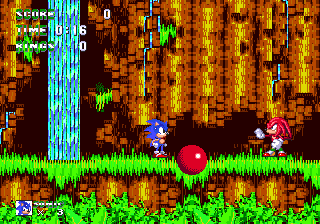 PAR codes 003CC6:0003 and 003CC8:5AD2 will enable an early version of the introductory cutscene in Angel Island Zone Act 1. Compared to the final, the Tornado does not move up and down as it approaches the island, and Super Sonic takes a little longer to reach the beach. Knuckles, however, will be a static object in the ground, and Sonic will stop on a dime and lose his Super form on the spot and remain there, softlocking the game.[6] 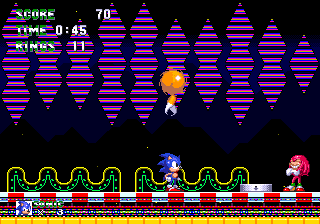 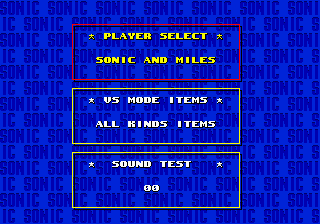 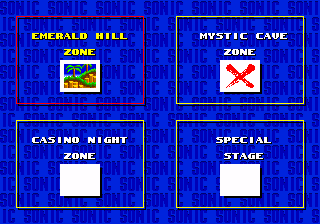 The Options screen can be used to change the player's character to play as Sonic alone or Tails alone. The 2-Player menu functions differently than in the final Sonic 3 in that not all of the Zone choices are disabled, though selecting any Zone with

will send the player to the Sega screen.