Scrap Brain Zone is the fifth zone on Sonic the Hedgehog for Game Gear and Sega Master System and the third one based on a zone from the Mega Drive version.

Based in the city, Scrap Brain Zone is more of a maze than anything. Avoid being burned by flamethrowers in the ceiling. Act Three is a complicated puzzle, with doors that require you to be on a certain side for them to open, teleporters, and doors to rooms which can't be opened without activating a switch which is difficult to reach in itself!

This is the introductory level to the zone. The level is fairly short, and easy to pass through. Basically you must run to the end of the level, jumping over gaps, and avoiding obstacles. The first set of conveyor belts has an extra life that will slide off into the bottomless pit below if you don't grab it fast enough! 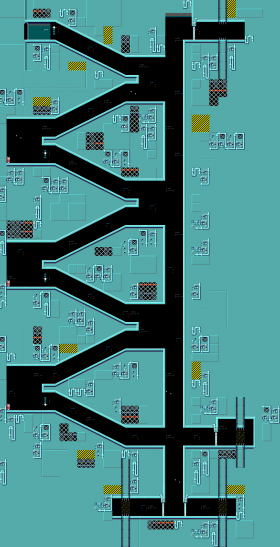 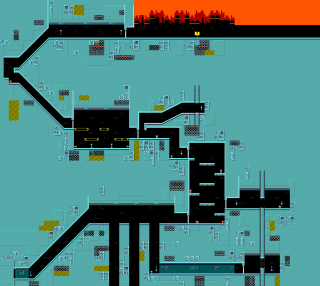 Similar to Act One, but there is a slight puzzle in this level involving doors and switches.

Act Two - Chaos Emerald - Do the first part as usual. When you get to a fork in the road that has two diagonal paths, take the upper one. Go through the door, climb the ramp, and jump across the two pits that follow, but NOT over the next one. Instead, fall into it. Head right, and go into the teleporter. You will come out directly to the left of the Emerald. Good luck getting to the end! 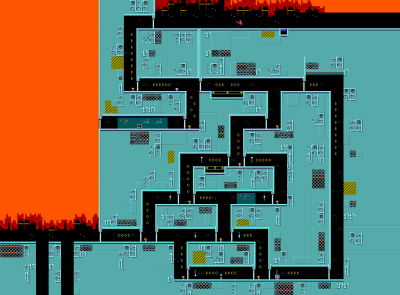 Act Three - In lieu of a boss fight, Scrap Brain's Act 3 gives Sonic a confusing maze. Once you reach Robotnik, you chase him to a platform which progresses Sonic and Eggman to Sky Base Zone.