The MMD header is always at $200000. However, code may be loaded and run from RAM, so any code in an MMD past $100 should be considered running from the offset pointed to at ($2).l

The MMD header consists of the following:

The object layout of a level MMD starts at 7320. The object positioning of an object is formatted as follows:

The level layout of a level MMD begins at 3AB76. It's basically an array of tile values. An array is just a huge collection of data, to put it simply. The values go left to right for one row, and then after that row is cleared go to the next row. Let's say I wanted to make the following level layout. 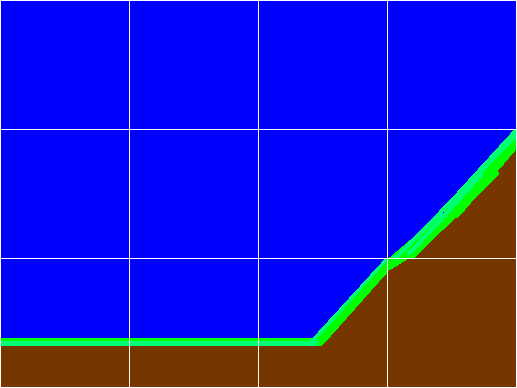 The palettes are in the same format as the Mega Drive; 0BGR. For example, 068A would be blue to 6 lightness, green to 8 lightness, and red to A lightness. Note that the colors can only be in increments of two.

These are the palette locations in the level MMDs: