This page is about the Sonic Text Editor. For the scener who calls himself STE, see User:STE.

STE (or Sonic Text Editor, known more often by its initials due to the ability to edit other games) is a text editing tool, used for editing the text inside Sonic games, or any game that the user creates an STE compatible template file for. It was created by and is maintained by Overlord. He is rumoured to be considering making a new version of the tool - removing its existing limits and finally reaching the point where adding new games is not limited by the application itself. The latest version of the tool available is 1.10, and also contains the last version of his SA:DX PC Text Editor tool. 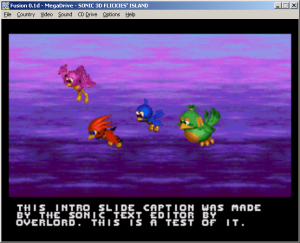 An edit of Sonic 3D with STE. 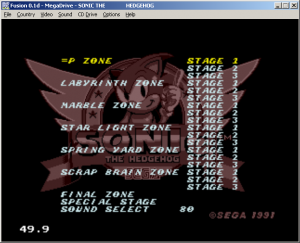 An edit of Sonic 1 with STE.

Note you will need the VB6 runtimes for this program to work. If you get an error on starting STE or trying to click Launch!, you might need these .ocx files: TABCTL32.OCX and/or COMDLG32.OCX. They can be found here [1] and here [2]. It currently does not work on some computers.

As of 1.10, STE supports (at least partially) the following titles: