Back to: Sonic Battle. 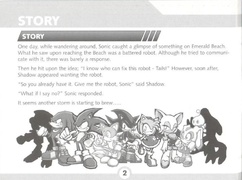