Sonic: Beyond Infinity (formerly known as Sonic: Into The Void) is a hack of Sonic the Hedgehog (16-bit) for the Sega Mega Drive by Blueblur93 which features a complete overhaul of the game, including new artwork, new HUD, new abilities and many other things.

After Classic Sonic celebrates his 20th birthday with Modern Sonic and friends, Classic Sonic and Classic Tails jump into a portal which leads them into the Void. Both era's Eggmans are stuck in the White Space, however, they accidentally stumble upon an opening to the Void, seeing Classic Sonic and Tails soaring across. The Eggmans fire their laser pistols through the opening, hoping to hit Sonic and Tails, but their attempt failed and hits the Void. The Void then becomes highly aggravated and unstable, which splits Sonic and Tails up and sends them to their own time. However, expecting to return to his own time, Sonic ends up to what seems to be Green Hill Zone, but he could see that something was wrong. Green Hill Zone has transformed into a place called Midnight Aurora Zone. Due to the disturbance in the Void, the Time Continuum for Sonic has been completely distorted. Sonic thinks that maybe collecting all 6 Chaos Emeralds will restore the Time Continuum, but he does also notice that all these events involving travelling through generations and the Time Eater seem oddly connected in a diabolical way...

After Sonic collected all 6 Emeralds and defeated what appeared to be Eggman in Final Gadget Zone, Sonic ran through Azure Hills Zone, but it appeared different, it looked similar to Green Hill Zone. So Sonic thought that everything was restored, but as soon as the Emeralds radiated with an intense glow, everything turned white, and Sonic transported back to the original Azure Hills Zone, but the terrain was different, new paths were opened, new areas were revealed. However, if Sonic was transported back to this point when he first started this adventure, does this mean he is stuck in the Void for Eternity? Will he find a way to break this loop and finally restore his timeline? Will he defeat the Void?

Shield - This gives Sonic a shield so that when he gets hurt, he won't lose rings.

Invincibility - This gives Sonic temporary invincibility, except for falling of the screen.

1UP - This gives Sonic an extra life.

Eggmon(Egg Monitor) - This hurts sonic as if he was hit by spikes or a Badnik.

Blank - This monitor doesn't anything, but is good for homing attacking.

Rings - Collect 100 of these to earn an extra life.

Star Post - Run past these to activate a checkpoint.

Chaos Emerald - There are 6 of these, be sure to collect them! 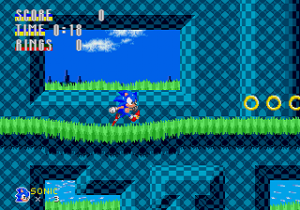 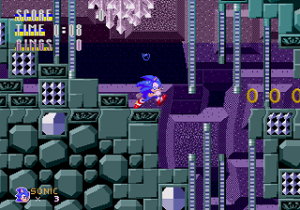 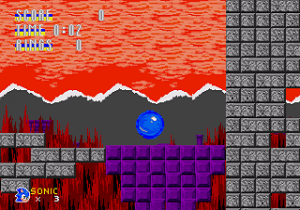 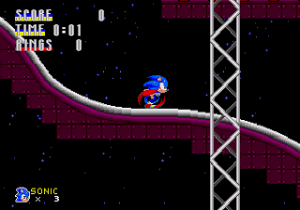 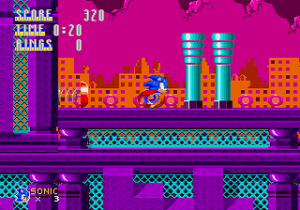 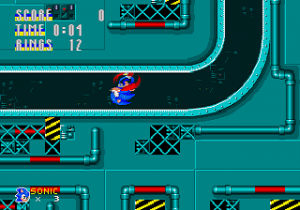 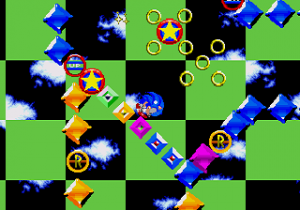