Back to: Sonic Advance 2.

If the game fails to detect an SRAM chip (usually if the chip is not present or is faulty), all content will be unlocked. This is also the case for the other Sonic Advance games. 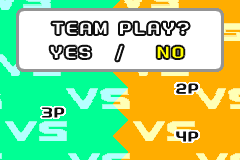 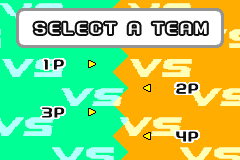 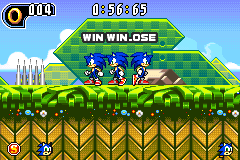 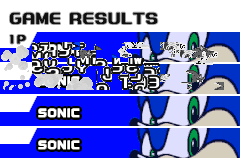 Sonic Advance had the option to enable team play when playing in multiplayer modes. Such a feature was dropped for Sonic Advance 2, however coding for team play remains in the game and was found by freshollie. It can be enabled via hacking the game to call the team play setup screen after multiplayer connection has been initialised.

Team play is largely complete, and teammates can interact with each other. Code for team-specific character actions is left over from Sonic Advance, though is partially functional:

Graphical glitches will also occur on the results screen for players from the winning team, but not for losing players.