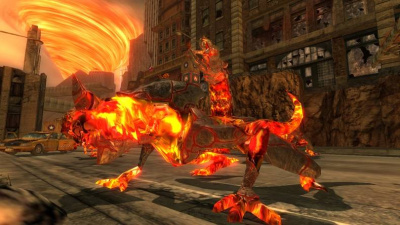 Iblis monsters are supernatural fire-beasts which serve as opponents in Sonic the Hedgehog (2006) for the Xbox 360 and PS3. Conjured into being by the hyperdimensional powers Iblis, these creatures are found anywhere that the Flames of Disaster hold sway.