At approximately 4 PM It has finally happened. Stealth went INSANE again. He _DELETED THE SSRG_ and left this message:

"Do you know what I've come to realize? The "online community" is no better than the real one. In fact, it's worse. What I once saw as a great thing, Sonic the Hedgehog, has been ruined by the vast majority of you. This is not the community I helped to start. This is "humanity" taking it's course, corrupting everything in it's path. It's so easy from the other side of that computer screen, isn't it? You don't have to look at me, or anyone else you're a pestilence to. You don't have to play the odds that someone may actually take a swing at you for being an ass. You'd be surprised though, because for everything you hide in your conveyance of your perfect little world, there are at least two in others you just can't see. What you don't know is the real affect you have on people. Or, perhapse, you do know? In any event, I'm not your willing public servant anymore. You won't get anymore undue entertainment from me. And think of me, every night before you go to sleep, and what I say to you. You may think you're hot stuff now. You may think you've gotten away with something, you may feel like king of the world. But one day, your little world is going to come crashing down around you. It's true that this world is made for and run by morons, thus creating an environment in which the moron can thrive, but it won't last forever. That's why I'm here. And no breath will be my last untill I watch every single one of you fall."

The Fifth Impact, dubbed "The Death of SSRG" or "The Final Impact" was in no way anticipated.

Andy Wolan annouces that the new head of SSRG has been chosen, and will be announced on 'ZSN radio at 9:00 PM (GMT -5 hours).

"the ssrg" Chat is created, to talk about and listen to Andy Wolan's radio-show, to see who the new head is. It is Chaos. It goes along well, Andy sings along to songs and we say things like "*all windows in house break*" and "*GameCube explodes*".

"SOMETHING VERY ODD COMING" is posted below the Sonic CulT GBA logo. 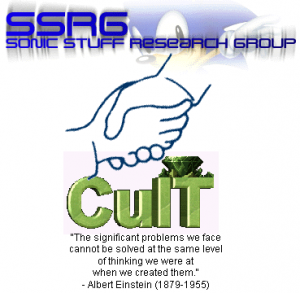 Image posted in the 'ENOUGH' topics on SSRG and CulT

A topic named "ENOUGH" is posted on both SC and SSC. It shows that Chaos and PACHUKA formed a peace treaty between SSRG and SC. Andy Wolan, being the retarded person that he is, felt that he should jump in FROM RETIREMENT and ban PACHUKA. Then, a huge war started, many things were said, and Operation Topic Backup went into full force. I backed up the ENTIRE SSRG and all important topics from the SSC onto my HD, fearing Andy would take down SSRG.

Sonic CulT is taken down in protest. It was supposed to return when Andy agreed for peace.

The SSRG is deleted by Andy Wolan, all pages on SSRG redirect to this message (and the image): 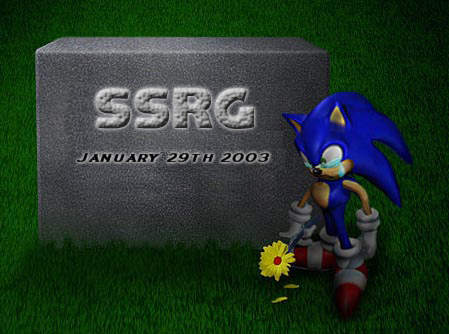 " 'Sometimes a house becomes so infected with termites, that not only must you destroy the termites, but the house as well.' -Cisco: A ST:DS9 Character. "

Thus ends the life of SSRG.