The Making of Sonic 3 & Knuckles gives an overview of the development of Sonic 3 & Knuckles, from Roger Hector's point of view. On page 1 and the first column of page 2, Hector talks about his responsabilities as project director, difficulties he had communicating with a Japanese team, and the immense scale of the game's design.

On page 2, he says that the decision to split the game into two parts, and to use the lock-on feature to link them back up later, was made at a very early stage: "There were so many creative ideas that it would take too much time to develop such a massive project. The team brainstormed up two games' worth of material initially and it was decided, before the Alpha stage I think, that it would make more sense to split it into two games."

Page 3 mostly talks about the game itself, but in the last two columns Hector recalls his problems balancing resources between the various projects, and keeping the development team from falling apart. In the last column of page 4, he talks about the Michael Jackson collaboration, confirming that Jackson's work was removed due to the child molestation scandal that erupted toward the end of the game's development cycle. He implies that all of Jackson's tracks were rewritten by Howard Drossin. 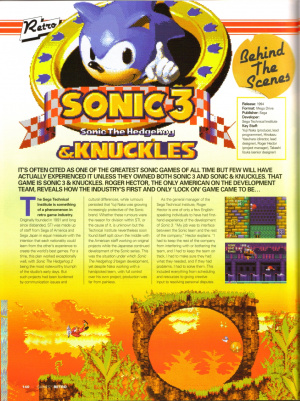 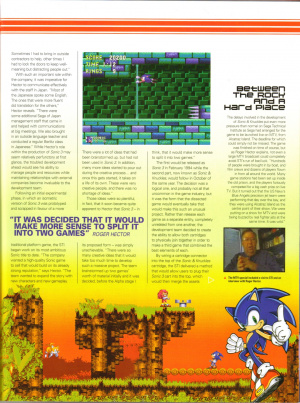 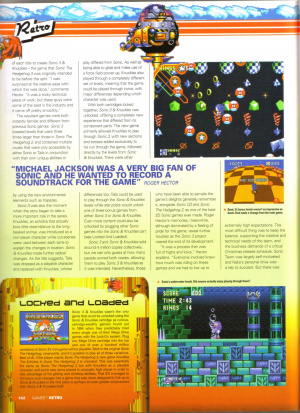 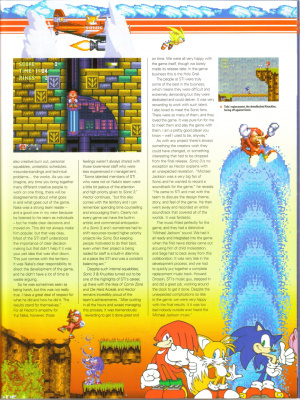