Revision as of 13:00, 14 March 2022 by ChaosControl666 (talk | contribs) (→‎3D Games: clarified on the last statement from earlier, that Classic Sonic can't touch the ground until after the required numbers are defeated in order to complete the missions.)
(diff) ← Older revision | Latest revision (diff) | Newer revision → (diff) 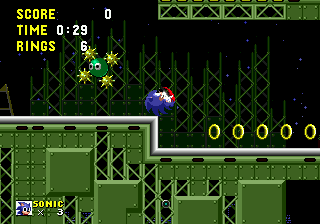 buttons. Sonic Forces also calls the attack for Classic Sonic when jumping the Spin Attack just like in Sonic CD. A pair of missions in it that involve the attack is to jump on 3 enemies in a row and then 5 in a row, the latter is after the former is completed (both missions must be done with neither time landing until after the required number of enemies are defeated).