Back to: Sonic and the Secret Rings. 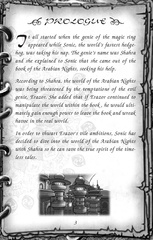