Control the R on the title screen 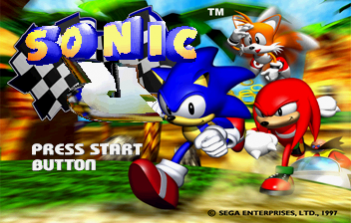 On the title screen, use the D-Pad to rotate the "R", press

to change its colours, and

to change its lighting.

Resize models on the menus 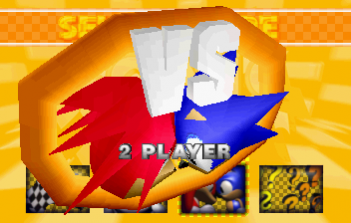 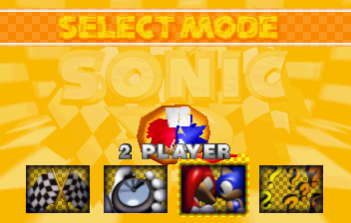 In the menus, press

to make the preview models bigger, and

to make them smaller.

Play as the same character in VS mode 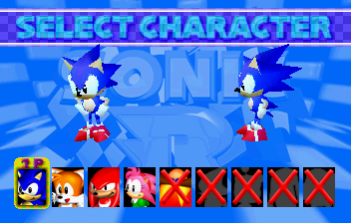 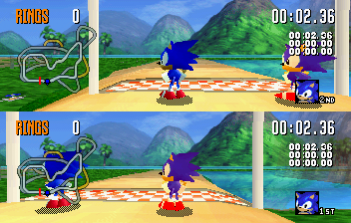 while selecting a character.

Pause the game and press

to hide the pause menu. To make it reappear, press

Control the R on the title screen 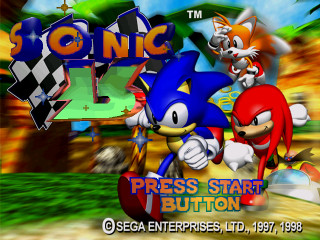 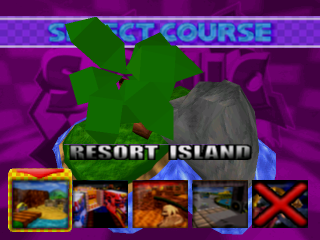 In the track selection menu, press and hold  🡩  to make the track model bigger and rotate so you can view the model directly from above, and  🡫  to make the model smaller and view from side on. This functionality only appears to exist for track models, no other menu models can be controlled.

Play as the same character in VS mode 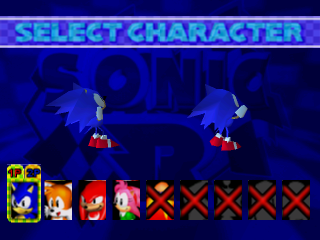 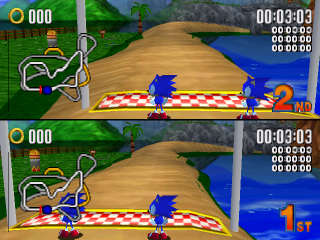 Hold Action (default  Space ) and press Accelerate (default  A ) on any intro or credits screen to instantly skip to the next screen. Doing this on the title screen skips to the demo rather than the main menu.

Holding Action (default  Space ) + Accelerate (default  A ) + Camera (default  1 ) and pressing Start (default  Enter ) on any credits screen will instantly skip all credits screens and return you to the Sega logo screen.

Create a shortcut to the game and pass in the following command line arguments: