Difference between revisions of "Sonic Eraser"

Not to be confused with the hack Sonic ERaZor.

The game was made available on Sega's B-Club download service in Japan. It nearly received a re-release, as evidence by the fact that data referring to it was found in Sonic Gems Collection. 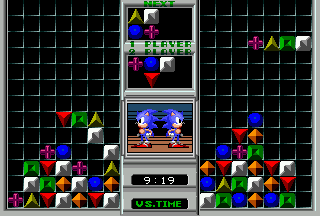