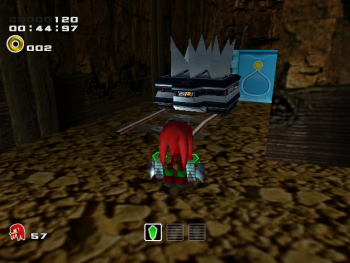 A Rhino Spike in Aquatic Mine.

Rhino Spike, リノスパイク, is a GUN robot that appears in some of the stages of Sonic Adventure 2 and part of the Rhino series. Its a Rhino Jet with spikes on top. It usually patrols an area, but it will rev up and ram once it spots a character. They can only be destroyed by a summersault for Sonic and Shadow, but a simple punch or kick will do for Knuckles and Rouge respectivellt. It awards 100 points when destroyed.