As is the case with the final game, several "place" and "level" combinations in stage select screen will just make a noise if the player attempts to access them. Previous known prototypes let you force your way through by holding 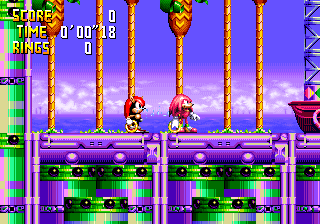 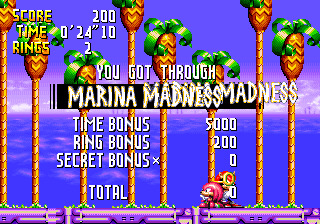 While previous known builds had Marina Madness 0 lead to a copy of Marina Madness 1, in the 0119 build it is an entirely separate level with a unique layout. This means it is the first prototype with five unique level 0 layouts, thought to be the last remnants of the scrapped Time Attack mode.