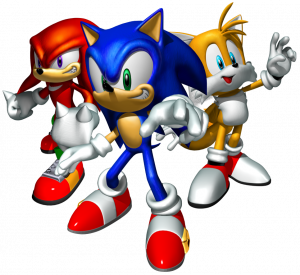 In addition to the main characters of the series, there are figures in the different continuities of the Sonic universe, such as Sonic Underground, Sonic the Comic, and the Sonic the Hedgehog Archie comics. With these expansions, the cast of characters is even larger and more diverse.

This category has the following 14 subcategories, out of 14 total.