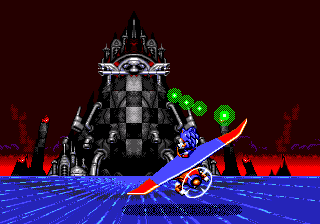 Mt. Mobius can also be seen in the world map for Sonic Origins, representing the Mission and Story modes.