It is also a casual member of the Sonic scene, having visited on and off (mostly off) for around ten years oh God has it been that long

Blanche was discovered in 1976 by a group of tribesman from northern Malawi. Barely two minutes old, with nary a teat to suckle, the tribesman kidnapped her him, and transported him back to their home country. Promised with a life of luxury, he agreed but soon found the "luxury" referred to the ratskin coats he was forced into making.

During the ten years of his incarceration, the young Blanche found pleasure in performing sinful acts for old sailors who should know better and was sometimes even paid for it. Sometimes money, sometimes stolen goods. His most prized possession from this escapade was a cartridge that a sailor had tried to insert in him. One of the sailors had recently taught him to read (we won't go into that story), and once he wiped off the loose bowel lining, Blanche was delighted to see an inscription... "Sunjc The Hodselog".

Wait. Let me get my glasses.

Sonic the Hedgehog. That's the one.

So after a few more years of offering lapdances to strangers for sex, drugs, rock, roll and occasionally money, Blanche was finally able to afford one of these internets that were all the rage. Plugging himself in, Blanche was plunged into the wild and wonderful world of Usenet, which he found more interesting than real life since arguments were settled by "plonking" and usually revolved around silly things like whether Amy Rose had an erection in Archie issue 81. Fascinating!

Anyway. Desperate for some social contact that didn't end in a sticky mess, Blanche decided to reach out and talk to some of these people, choosing to post under the name Stones. He felt big and clever for the first time in his life, and decided it was time to venture out into the wider jungle of the internet. He found this easy because he was used to jungles - some of those sailors weren't au fait with shaving.

It was rather fun exploring the wider internets, and Blanche soon found himself caught up in the weird and wonderful (and utterly illegal) world of emulation. ("Look, mother! I'm breaking the law and nobody will know!" This is not funny. Blanche's mother was killed in a sneak attack in 1849 and he never met the woman.) He also found the Sonic 2 Beta community and plunged right in. 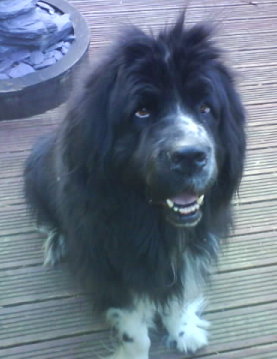 Over the years, Blanche became known for his excess body hair. As well as what big teeth he had.

Well, that's not strictly true. Quite a lot happened because it was several years, but nothing important happened.

Okay, so a few things happened. The community was involved in a few very influential internet wars and changed ownership several times. Simon Wai returned and asked for his site back. Several projects to build a community for the stragglers were started, then dwindled to a halt. Bryn2k was demodded (don't ask). Then it all kind of fizzled out.

As for Blanche, quite a few things happened. He grew in quite a few directions. He escaped from his prison island and found a new home in a place called Creweton. Then he realised he didn't like it very much and went somewhere else. He still took his clothes off for randy perverts because it was the only fun he knew how to have, besides thinking up weird and wonderful ways to off a certain blue sprite. He got married, bore three children and then realised it was a silly idea because those stretch marks will never go away!

And then he rejoined the community under its new title, Sonic Retro. Well, it was better than doing some real work!

Blanche has been in the community for about ten years and is pretty sick of it to be perfectly blunt. He only hangs around to talk to the people he remembers from times past, and because he and ScarredSun are lesbros and he can't leave her hanging without a wingman! 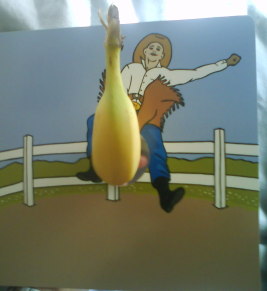 During his spare time, Blanche enjoys a range of outdoor activities.

Not many. These days he doesn't have the time or the inclination to learn that ASM business and everyone else seems to have already done everything interesting. And everyone's got an Art 'n' Layout Hack these days so apparently that just doesn't cut it!

Well, he did contribute to Dr. Eggfan's Sonic 2 LD project by suggesting the name. He actually meant it as a joke because of the similarly named Sonic 2 HD project being worked on by other forum members. Nevertheless, he's proud to be of service.

Sonic 2D Blast project, but we all know how that ended.

Occasionally flicks through the Wiki, if only to be outraged by the very American trends in spelling and grammar.

It must also be noted that on the rare occasion that Blanche posts in a thread, the thread immediately becomes inactive. Some say this is because others feel inadequate to post in the presence of one so powerful.[citation needed]