The Special StagesMedia:Sonic1 SMS EU manual.pdf[1]Media:Sonic1 GG US manual.pdf[2] (スペシャルステージ)Media:Sonic 1 GG JP Manual.pdf[3] in the 8-bit versions of Sonic the Hedgehog are stages which can be entered by collecting 50 or more Rings (but less than 100, as the ring counter resets to zero after collecting 100 Rings) at the end of the first two Acts of the first four Zones.

When Sonic reaches the end of the Act, the Bonus Panel will display an exclamation mark (!), indicating that he has collected enough Rings to go to the Special Stage before progressing to the next Act.

Since Chaos Emeralds are found within regular stages the Special Stages exist merely as a place to gain lives, points, and Continues within a time limit of one minute (or two minutes in the Game Gear version). If the player fails to complete the Special Stage within the time limit, then any collected Rings or Continues will be lost. A Bonus Panel marks the end of these stages, but the chances for a bonus are significantly lower and obtaining 50 or more Rings will not take the player to another Special Stage. 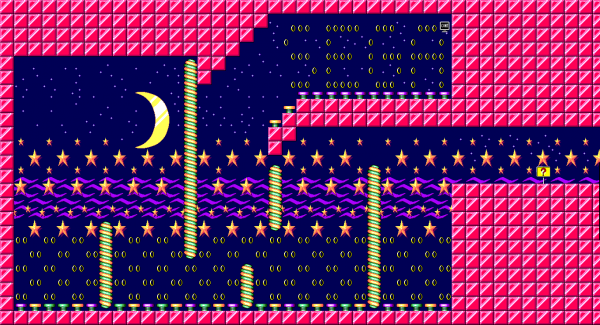 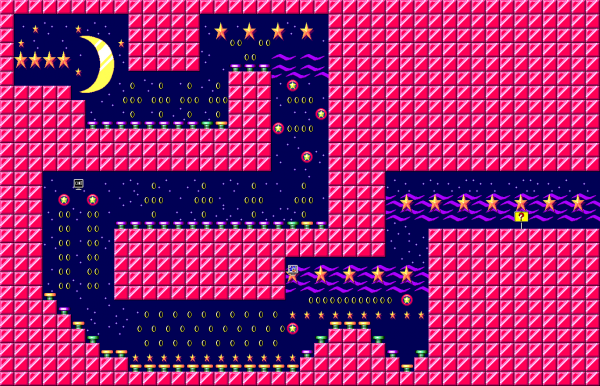 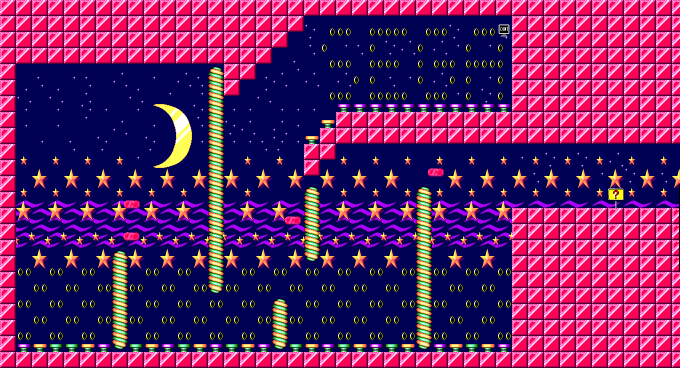 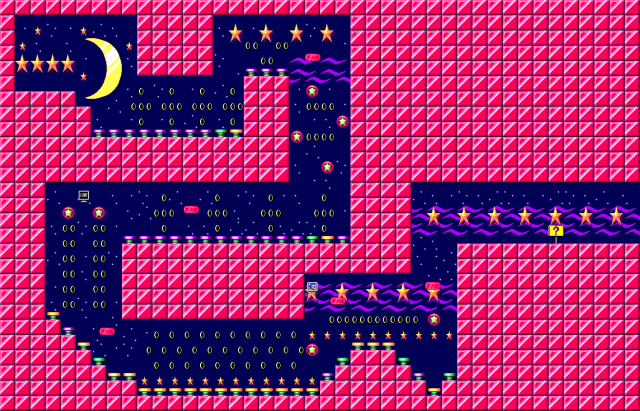