Not to be confused with Sonic 3D: Flickies' Island.

Several versions of the story were drafted, before the author finally decided on a structure similar to that of Sonic 3 & Knuckles. The game begins as Dr. Robotnik sends Metal Sonic to steal the Master Emerald for his new plan. The plan succeeds, with Metal Sonic stealing the emerald so imperceptibly that Knuckles only notices that the thief looked like Sonic. Due to the loss of the Master Emerald, Angel Island falls to the ocean, as Sonic and Tails pursue the escaping robot on the Tornado. During the chase, their fuel runs out and they are forced to land in a new place, known as Green Island. Sonic and Tails make their way across this new land, via the Ancient Palace Zone, and are eventually met by Knuckles and Mighty the Armadillo. Certain that it was Sonic who was responsible for the theft of the Master Emerald, a fight breaks out, which is ended when Sonic is finally able to explain what really happened. Together, the four try to reach the city where Metal Sonic hid, via the Ancient Palace. Meanwhile, in the Ancient Palace Coliseum, Dr. Robotnik decides to dispose of Sonic using his technology, however his plans have a nasty habit of failing...

The following zones are planned: 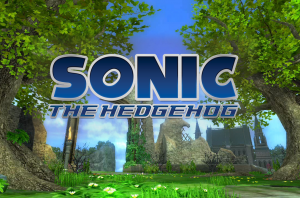 Sonic the Hedgehog (2006) mod for Sonic the Hedgehog 3D was planned by Zykov Eddy and dakm. Modelers were LPScorpion and speedus. It never made it to a playable demo, but some high quality screenshots exist. Possible changes included:

To view all Sonic the Hedgehog 3D screenshots, visit this page.

To view all Sonic the Hedgehog (2006) Mod screenshots, visit this page.