Sonic 3D: Director's Cut is a hack of Sonic 3D: Flickies' Island made by Jon Burton, founder of Traveller's Tales and the game's original programmer, with the goal of expanding the game with new content to increase replayability and to fix long-standing issues that the game has been criticized for. The project was first announced on Jon Burton's YouTube channel, GameHut, on October 12, 2017, and update videos were uploaded on a basis.

A public beta test was released as an expo entry during the 2017 Sonic Hacking Contest for players to try out the game and report bugs or suggest times for the new Time Challenge mode. The finished version was eventually released on December 23, 2017 as an xdelta patch and as a download on the Steam Workshop for owners of Sonic 3D on Steam. 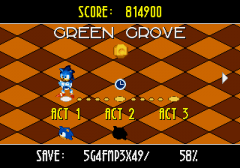 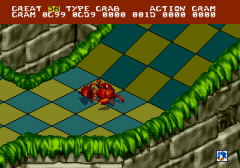 NOTE: Use Delta Patcher to apply this patch on a vanilla Sonic 3D ROM.