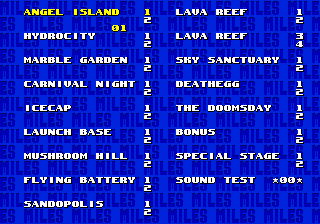 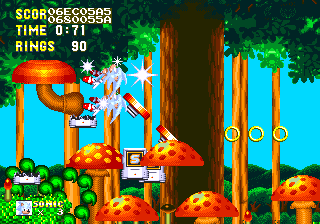 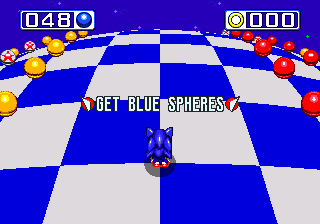 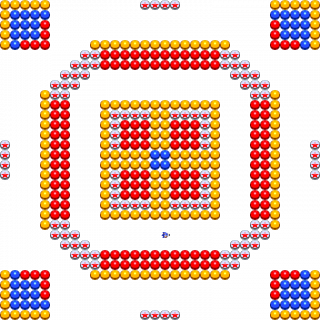 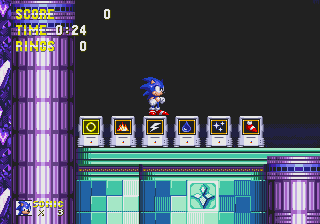 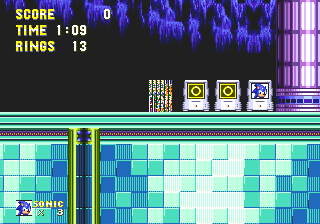 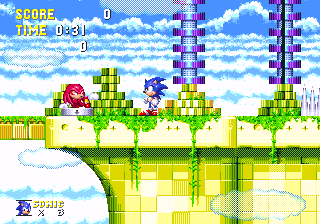 After Knuckles has let the player across in Sky Sanctuary Zone, if the player stands in a certain spot and ducks with

, Knuckles turns around and gives a "get going" gesture. 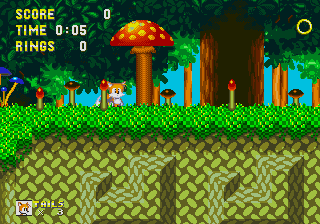 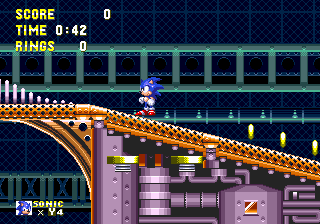 There are two yellow springs buried in the ground near the first giant purple tube which are unreachable. 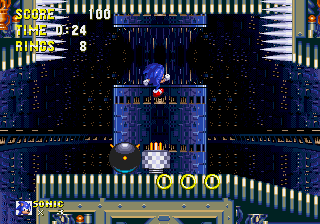