Back to: SegaSonic Cosmo Fighter. 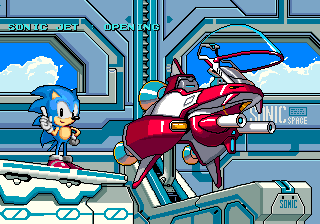 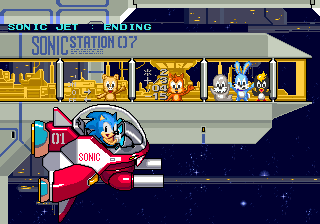 Text strings can be found starting at 0x4F2 that would have displayed what screen the player is at in-game. They also indicate that the game's title may have been "Sonic Jet" during development:

An orphaned initialisation routine starting at 0x390 can be called to display these strings during gameplay, but doing so can corrupt the graphics[1].

Some debugging functions remain intact, and are mapped to buttons which do not exist on the released cabinet itself[1]: