One of the most confusing things about the drx prototype is Hidden Palace. It is exactly the same in this build of Sonic 2 as it is in the Wai proto, which leads us to think it was made very early on and then just abandoned.

Hidden Palace plays music #86 in the prototype, which is basically the same as #03 in the final (Mystic Cave 2P).

Here's what Craig Stitt said about this zone:

It certainly looks like an interesting and fun level to play if finished. It's disappointing that Sega had to can it.

You're stuck inside solid rock when the level starts. If you move out using debug, you'd notice the level is exactly the same as act 1, but without objects. 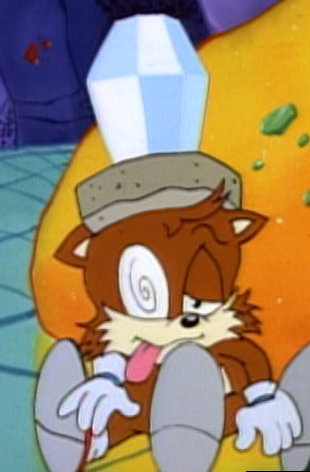 Since the unearthing of the prototype, the Sonic Secrets scene has been plagued by people making up "theories" (which are really "stories") associating this emerald with over-dramatized elements, such as it being guarded by Tails, or it being a place for other Chaos Emeralds to activate.

THESE ARE ALL FALSE.

This "Master Emerald" is merely an object for Sonic to break through before entering a tube, like in Chemical Plant Zone. We know because it has been confirmed by a zone artist, Craig Stitt, who worked on the very Hidden Palace Zone. This is straight from the horse mouth.

This makes sense, because Sonic Team didn't really focus on the story aspect of the game until Sonic 3.

So why is there only one such emerald in the zone? Why was the initial tube not blocked by the emerald? One possible explanation is that since the breaking effect is not yet working, there's no point putting it on every single tube since it'd just get in the way.

As we can see, there is nothing special with this object. Don't give it a second look. Case closed.

Within the Sonic Secrets scene, inventing theories involving the "Master Emerald" is equivalent to sticking up a sign that reads "I am a n00b who have done no research on the subject, and love to make silly things up just because it sounds more dramatic." Be glad that you read this today. Be an insider, not a n00b!

The unfinished Hidden Palace Zone can be accessed in the final version of Sonic 2, using any of the following methods:

Tom41 was the one who discovered how to access it by hex editing. The zone itself is there but the graphics for it have been taken out.

Different from our prototype? Nope.

This Hidden Palace is exactly the same as the prototype one sans auto-spins.

Some believed there was a boss in HPZ, because of the fact that the screen "locks" at certain position near the end. However, this does not mean there was ever a boss.

Note that it plays music #10, instead of Mystic Cave 2P in the prototype. Which music was really intended for Hidden Palace? It's something that is open to speculation.