Occasionally certain things are mistakenly declared to be "discoveries." The False Alarms section documents such errors for the purposes of 1) preventing the same mistakes from being made by others, and 2) recognizing the effort of those (if known) attempting to find stuff -- at least they were trying!

False Alarm: These are the sprites of unused smoke trail in Sonic 2
Truth: They are rocks from the walls when Grounder breaks through them

Rika Chou suggested that the above sprites, found in the Sonic 2 ROM, are supposed to be used with the Grounder badnik, possibly as a smoke trail. It was soon found out that these are rocks from the walls broken by the Grounder as they come out of them. 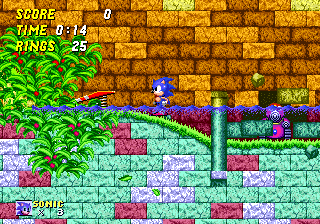 False Alarm: The splashing rock and torch tiles belong to a scrapped zone
Truth: They aren't from a Sonic game

The above tiles were once believed by many to be for the lost desert zone, or at least, for another lost zone. Nemesis has found out they were actually leftover data from the pre-release of Chiki Chiki Boys. How could data from a totally different game get mixed into Sonic 2 Beta? Nemesis has explained everything. 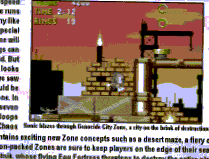 Many people have claimed the above to be an authentic and only screenshot of Genocide City Zone. Their "supporting" reasoning is that near the lower right of the screen, there's a lost sprite that is indeed present in the ROM file. Thus, somehow, this "proves" the screenshot is real.

This sprite appears in the above screenshot.

The presence of a lost sprite in a screenshot does not prove the screenshot is authentic! One could simply made a hoax based on real, discovered lost sprites, which is the case here. This cool hoax was created by BMF54123.

Furthermore, as stated above, this torch flame is a leftover item from another game. So the probability of this picture being real is 0.00.

False Alarm: In a prototype video, Sonic behaves like he does in Sonic Crackers when it comes to losing rings
Truth: Sonic does not lose his rings Sonic Crackers-style 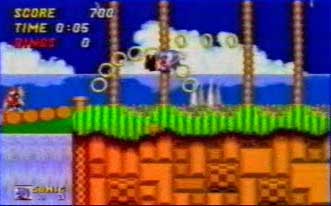 Sonic appears to be able to lose his rings twice in this particular prototype. Click here to find out why this is not true. 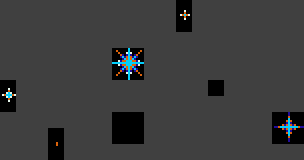 It was thought of the sparkles in the final's title screen. However it was soon found out that they are the invincibility stars, which is available in the prototype's Emerald Hill Zone. Nevertheless, we shall salute monkeyman for his effort!

False Alarm: There is a green statue in an earlier Hidden Palace Zone
Truth: It is a TV watermark

This object is not an emerald, a statue, or anything. This isn't even part of the game. Click here to find out more.