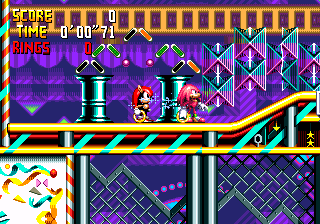 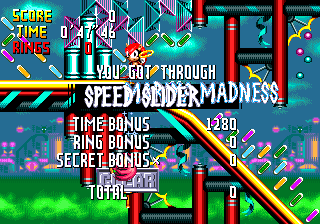 While Speed Slider 0 led to a copy of Speed Slider 1 in the 1207 prototype, in the 1227 build it is an entirely separate level with a unique layout. The layout seems to be bigger than the level dimensions, but the signpost is positioned within bounds, allowing for the level to be completed. 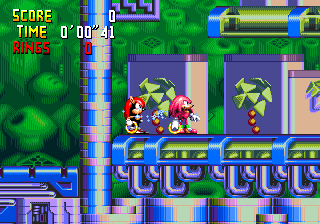 Likewise Techno Tower 0 also has an entirely unique layout, having just been a copy of Techno Tower 1 in the 1207 prototype. It is a much taller tower than any of those seen in the final game, and cannot be beaten.