Difference between revisions of "Takeshi Kusao" 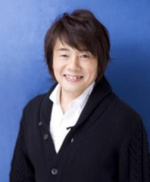 Takeshi Kusao (b. November 20, 1965 in Saitama) is the voice actor for Sonic in the arcade game SegaSonic the Hedgehog. Other notable voice-over roles include Eiji Shijo in the Battle Arena Toshinden series, Ky Kiske in the Guilty Gear series, the red-headed swordsman Adol Christin in the Ys OVAs, Kai in Akira, Trunks in Dragon Ball Z, Parn in the Record of Lodoss War OVAs, Cless Alvain in Tales of Phantasia: The Animation, and Ryo Sanada in Ronin Warriors'. He is also a prominent voice actor in various animes.