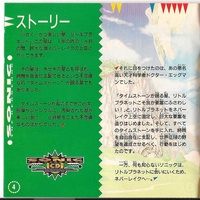 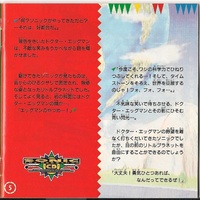 Little Planet is a small, yet beautiful star. This star comes to the sky above the huge lake Never Lake for one month out of the year.

The planet is also known as the planet of miracles, and it is the home of the Time Stones, mysterious gems that can freely control time.

The Time Stones can turn a desert into a jungle, clean polluted lakes, and other time-crossing wonders.

It was the infamous genius scientist, Dr. Eggman, who took notice of them.

"Little Planet, the star where the Time Stones sleep, is just the right place for my fortress!" He secured Little Planet above Never Lake and began to build a huge fortress. He then set out to acquire all the Time Stones, control time at will, and achieve his ambition of world domination.

Meanwhile, Sonic, who knows nothing about this, goes to Never Lake to see Little Planet...

Dr. Eggman's eyes lit up as he heard the report, with a fearless smile on his face.

Sonic ran over and saw Little Planet in disarray, secured by chains stretching from the rock. As he looked closer, he saw Dr. Eggman's face on the slope of the rock...
"How dare you, Eggman!"

"This time, I will use my scientific capability to crush you! Then I will collect the Time Stones and conquer the world!"

Dr. Eggman ambushes him with a creepy smile and a blue flash of light that lurks in his shadow...

Sonic has easily crushed Dr. Eggman's ambitions, but will he be able to free Little Planet in front of him?

"It's okay! With a little courage, I can do anything! 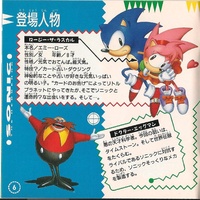 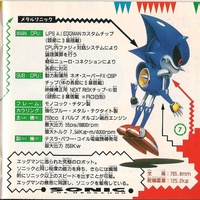 An energetic and cheerful girl who likes mystical things and fortune telling. She comes to Little Planet by the "divine message of the cards," where she has a fateful? encounter with Sonic. And then...

An evil genius scientist. This time, his goal is the Time Stones. He also wants to take over the world. In order to compete with his rival, Sonic, he builds a mecha that looks just like Sonic.

The ultimate robot created by Eggman. It has the same level of ability as Sonic, and can even go faster than Sonic at a moment's notice. He is in tune with Eggman's will, and sees Sonic as his enemy.