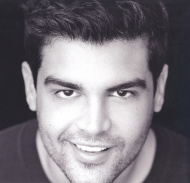 Jason Griffith was the voice actor for both Sonic and Shadow in the 4Kids version of Sonic X. In 2005 he replaced Ryan Drummond as voice actor for the English side of the Sonic video games. He also plays the role of Jet the Hawk in Sonic Riders. He was replaced by Roger Craig Smith for Sonic, Kirk Thornton for Shadow, and Michael Yurchak for Jet in 2010. He was credited as J. Griff in Sonic X and as Adam Caroleson in Sonic and the Secret Rings, Super Smash Bros. Brawl, and Sonic Riders: Zero Gravity.