William Corkery (born 11th Dec. 1993) is an American voice actor who provided the voice of Miles "Tails" Prower beginning with the game of Sonic Heroes. He succeeded his predecessor, Corey Bringas, who became too old to voice Tails. He is Bill Corkery's son and Emily Corkery's brother. 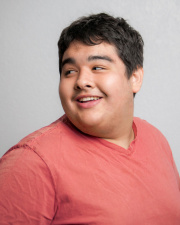