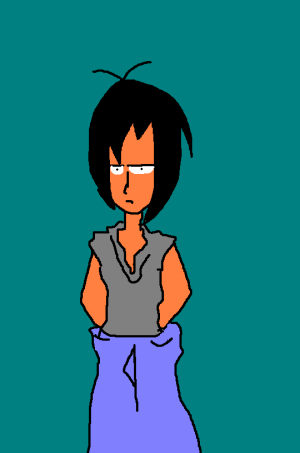 Wyvernlord's depiction of Billy (he was flattered)

Billy joined the scene on the 20th of May, 2005, at 12 years of age. The first forum he registered at was the SSRG, back when it was still run by JohnnyUK and Ultima. He had already been somewhat in the emulation scene before, which is how he found the SSRG. He then got very interested in ROM hacking. Later, he discovered SWS2B, where he quickly registered after seeing all the hacking information it had. After many failed attempts at hacks he quit.

These days, he can be seen frequenting sites like Sonic Retro, Facepunch Studios, and many others. During the move from SWS2B to The Sonic 2 Beta Page, he fully supported Tweaker's adminship and LocalH's leaderships skills, although he was pretty easily influenced those days. He is a big fan of metal and is not really known for doing anything relevant in the community, especially since he isn't very skilled at hacking.

Billy has had many names on the internet. He mostly just uses "Billy" or "Billy2600" (a reference to his fascination with the Atari 2600). He has used several other ones very rarely, usually for joking, testing or trolling purposes. More recently, he's been known as Billzebub, a nickname one of his friends gave him.