Good News: I'll be able to make Unleashed screenshots soon! We can have nice, high-quality shots for the site. Bad News: These shots? On the PS2. Not PS3/X360.

Is this OK, or do we want to just use these as placeholders until we can do PS3/X360 shots? Are there differences I should know about?

Lol Ye Olde Console. I'd opine for placeholder; there are of course several things (like Empire City) that just aren't in the last-gen version, and the grafix are noticably inferior even for the things that could be screencapped. Frozen Nitrogen 10:35, 2 December 2009 (UTC)

They should be uploaded anyway, even if it's just for comparison with the newer console versions. - Hivebrain 20:22, 2 December 2009 (UTC) 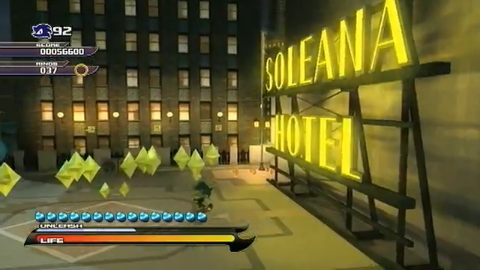 I think, levels articles should be separated, layout are completely different. Existing articles mostly are all about PS3/Xbox 360 version, but Wii/PS2 is forgotten. NeKit 20:55, 24 February 2010 (UTC)

I think the Wii/PS2 is simply underrepresented because we haven't got many active editors who have the Wii/PS2 version. I'd be reluctant to have totally seperate pages for the Wii/PS2 vs PS3/360 levels, because they are the same levels, just... different versions. User:0r4ng3 managed to construct pages for the GC/DC versions of SA2 levels really well; maybe we'd be better with a system like that, and just make sure the two sections are segregated within the single article? Frozen Nitrogen 21:28, 24 February 2010 (UTC)