Do we have this uncut pencil sketch? Or is this referring to a cutscene of the full version of the Sonic CD intro?--MathUser 20:42, 20 April 2008 (UTC)

The full cutscene probably, since that has a "ruins" bit in it. I'll have to watch the pencil sketch version again, to check for differences. - Hivebrain 21:54, 20 April 2008 (UTC)
I just got done watching the pencil sketch; it doesn't even show the ruins in question. However, the full video does--it can be seen at http://www.s2beta.com/vid/soniccd_end_mp3.avi (30MB). I tried several times to get clean frames of the movie, and it looks like I'm going to have to go back and do frame-by-frame, but I think the basic area being argued as R2 is: 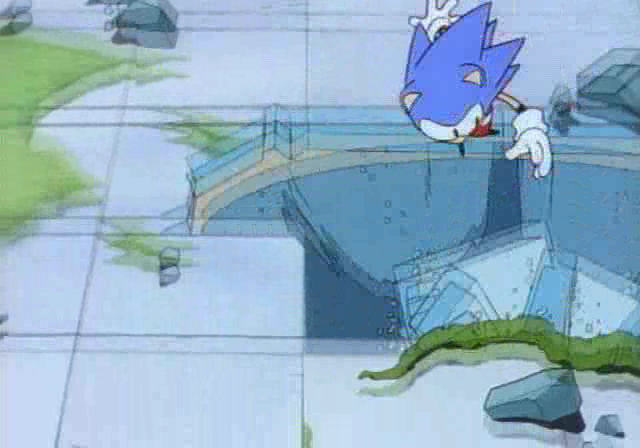 For the curious, I added a bit about the Marble Zone comparison since I've seen it on multiple older sites, and given that nearly all the other zones in the game have the same cliches in the same order of final Sonic 1, such circumstantial evidence was enough to make it plausible for me. MuteKi 21:09, 19 July 2009 (UTC)

If anyone wants to make a gif of the R2 section in the uncut video. It'd probably be useful to the wiki now that we know the ruins area is probably R2.--MathUser 18:01, 26 February 2013 (UTC)